In my time in online marketing I’ve been blessed to connect with some seriously talented individuals. The leaders I follow help me grow on a daily basis and I’m always learning brilliant new ways to promote my products and brand Gareth.

Yesterday, something extraordinary happened, which showed me the true power of Network Marketing. And it was all in a single status from Kai Lo.   I’ve been networking on Facebook for 4 years and can’t ever remember seeing the amount of interaction on a single status that wasn’t either posted by a celebrity or a paid promoted post.

Now, when I use the term ‘celebrity’, I mean movie star, music star, sports etc however, after reading this blog post, you may think that Kai Lo IS a celebrity. A Network Marketing celebrity.

Now, Kai is a Facebook superstar. He builds his business simply by leveraging Facebook to the best of his ability and has a loyal following because his posts provide tremendous value for marketing newbies, intermediates and veterans. He reaches out and connects with people. And they respond.

In other words, whenever Kai posts a status update, EVERYBODY STOPS WHAT THEY’RE DOING AND PAYS ATTENTION.

With pretty much everybody on Facebook suffering from ADD and getting distracted by a multitude of updates in their newsfeeds, it takes something special to make someone sit up and take notice.

One status can change your Facebook profile for life!

Was Kai to know that this status was going to go VIRAL in a BIG WAY? Probably.

What happened next was like an unstoppable train, with no breaks. Almost like a challenge to Kai’s reputation; to see if he’s for real, his friends and followers started liking, commenting and reaching out to connect with everyone interacting on the status.

Before long people were excitedly sharing the news that their inboxes were blowing up! They had more friend requests than Katy Perry has Twitter followers (not quite, but close) and could barely keep up with the amount of new friends wanting to connect.

I was experiencing it myself. I get inboxed and friend requests consistently, on a day to day basis but NOTHING like this! I was trying to settle down for the night and relax but couldn’t get away from my phone! I felt like Will Smith!

And do you know what one of the greatest differences was between Kai’s friends and the people I usually get reaching out to me? QUALITY.

I get spammed all day long by wasters and idiots who have no idea how to market their business opportunities and even less idea when it comes to networking. They would struggle to string a sentence together if you met them in person because all they know is the ‘copy and paste’ generic message to your inbox crap! As if that EVER works for anyone!

Not Kai’s connections. I was having REAL, GENUINE, GREAT conversations with the people inboxing me. So much so that I started deleting the wasters and inactive users on my friend’s list to make way for NEW friends. BETTER friends. People who are motivated, enthusiastic and determined to build better lives for themselves.

Another thing I must add; my friends list has been near 5,000 for a while now and I get NOWHERE NEAR the amount of LIKES that I was getting from commenting on someone else’s status!

I know what you’re thinking…I don’t deliver the same value that Kai does. Well…that’s true. I’m not at Kai’s level, which is why he has such an exceptional following BUT I do still strive every day to provide engaging content. I’m thinking that the quality of my friend’s list is poor and I probably only really connect regularly with between 50-100 good friends out of that 5,000!

TOO LOW! I want to be able to have 5,000 entrepreneurs I can connect with on a daily basis. Why should I sell myself short and let my friend’s list be taken up by spamming idiots who have no interest in what I have to offer?! 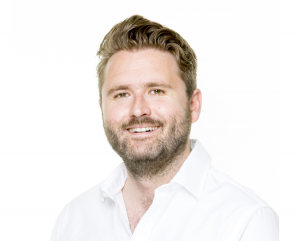 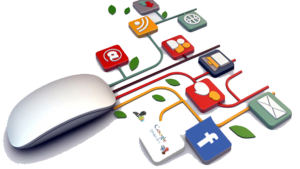